How and why Eurasianism works well in Italy

Despite the invasion of Ukraine, Putinism is a system that is alive and well in Italy. Russia has been carrying on an impressive game of disinformation in the West for years now. These indoctrinations exist and thrive in Italy partly because the economic fragility of various systems (such as publishing) allow access to the wealthy who can shape our public discourse through soft power. According to the "Gerasimov Doctrine" the rules of today’s warfare have changed. A non-military approach like propaganda can be even more powerful than weapons.

According to the general who gave the doctrine its name, the aim is to try to subvert America’s hegemony of Europe through soft power, the most effective weapon they ever invented. 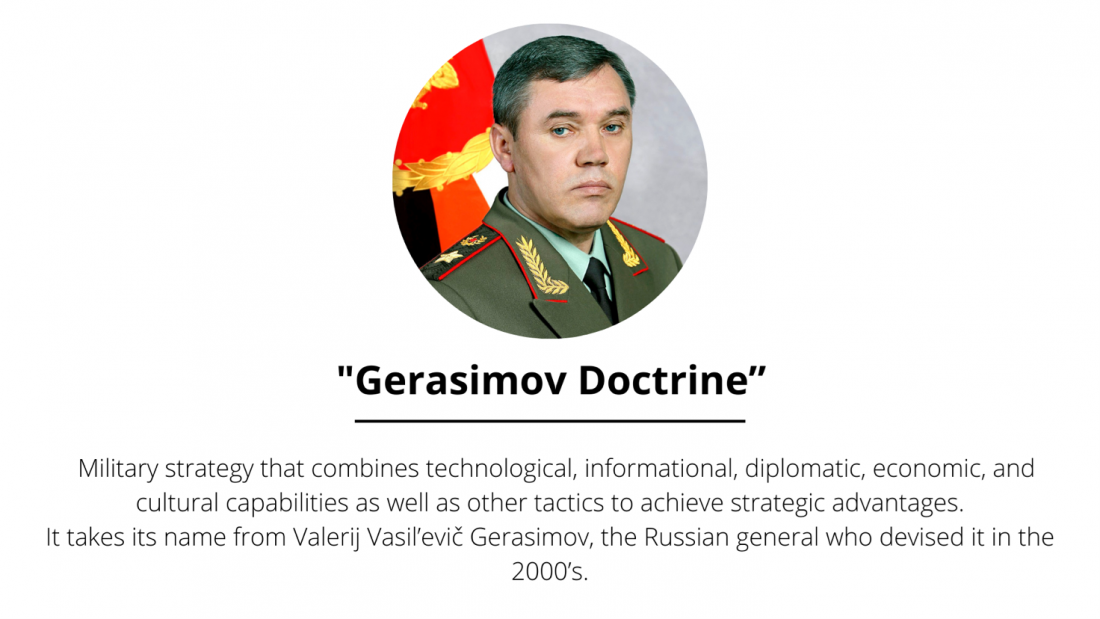 Since he started heading the Russian Federation, Putin has built a network of satellite organizations scattered around the world that are dedicated to promoting language, science, and art. Rossotrudnichestvo, a center of science and culture is also found in Italy. But according to director of the Center for Democratic Integrity Anton Shekhovtsov, it is really "the major tool used by Russia to exert soft power in foreign countries".

Irina Osipova, daughter of Rome branch manager, Oleg Osipov, has never made any secret of her sympathies for Lega and far-right parties. On her social profile there are many pictures showing her together with neo-fascist figures and Lega politicians. From CasaPound leader Marco Clemente to Lombardy-Russia Association secretary Luca Bertoni. 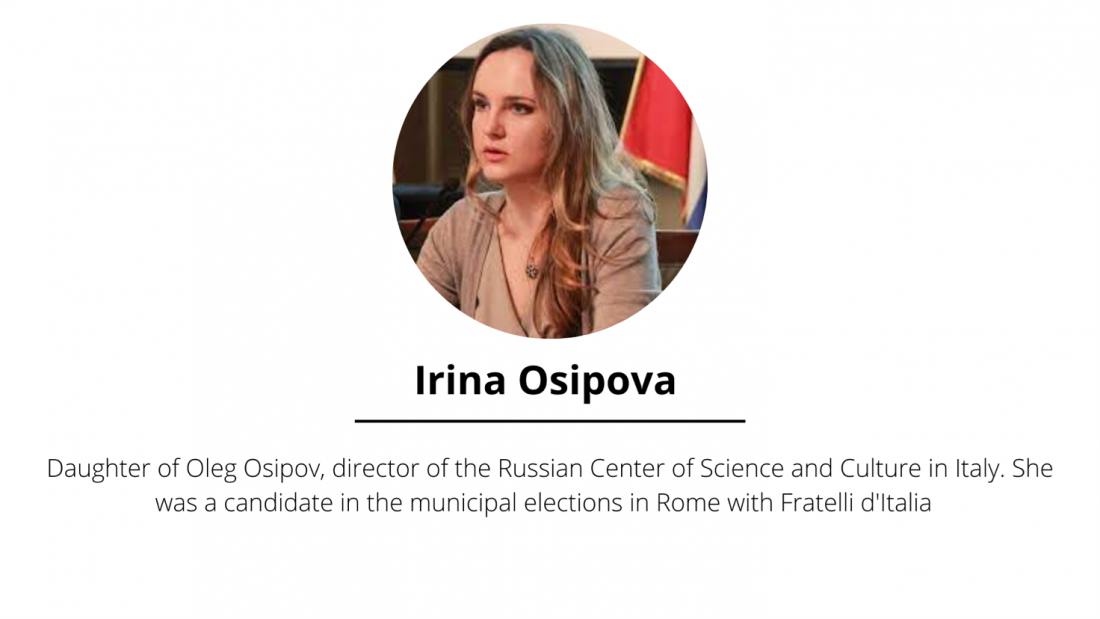 Journalist Giovanni Tizian, expert on ties between Italy and Russia, wrote, "Irina acted as a link between the Kremlin and Italy's so-called sovereign movements, being a candidate in the last municipal elections in Rome with Fratelli d'Italia. She personally accompanied Salvini to Moscow on at least one occasion. She organized trips to Russia and pro-Putin rallies in Italy partaken also by Forza Nuova".

The so-called Russian disinformation ecosystem has dozens of TV channels, radio stations, websites, social networks, as well as a vast number of blogs and anonymous web pages. Many of which are headed by Dimitri Konstantinovich Kiselyov, Putin's voice in this state-controlled media machine. His name ended up on the British government's blacklist because he was recognized as a central figure in the government propaganda that supported the invasion of Ukraine. Starting from 2013 Putin wanted Kiselyov to head a new state-controlled media company called Rossiya Segodnya. The purpose of the media group is to inform people abroad about Russian politics, life, and society. To it belong two news agencies called Russia Today and Sputnik, both banned in recent months by the European Union council because accused of spreading false information about the war in Ukraine. 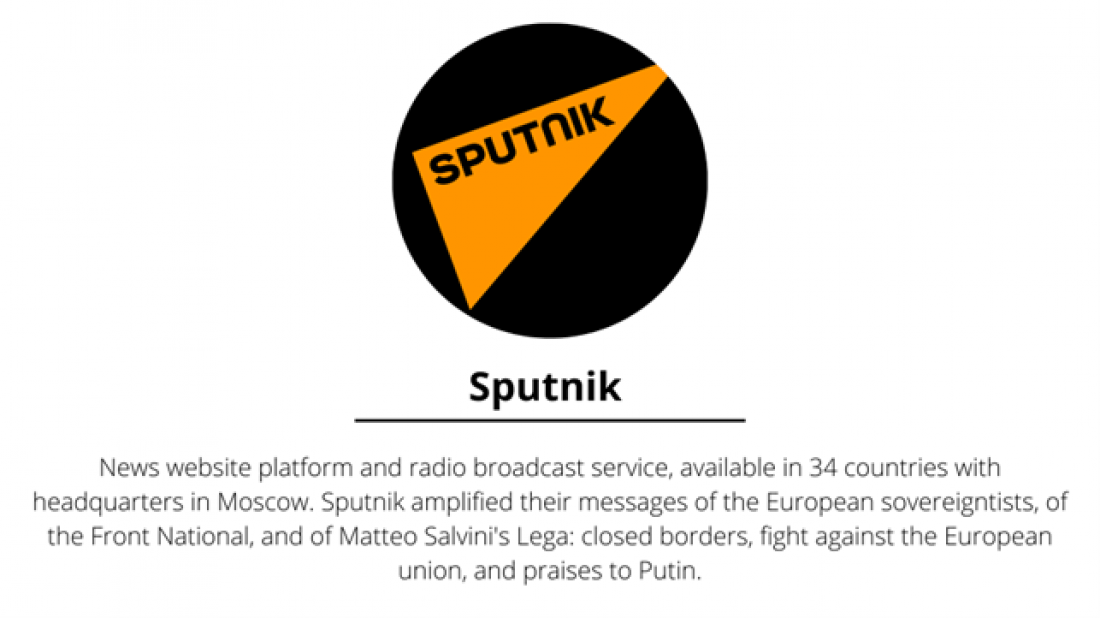 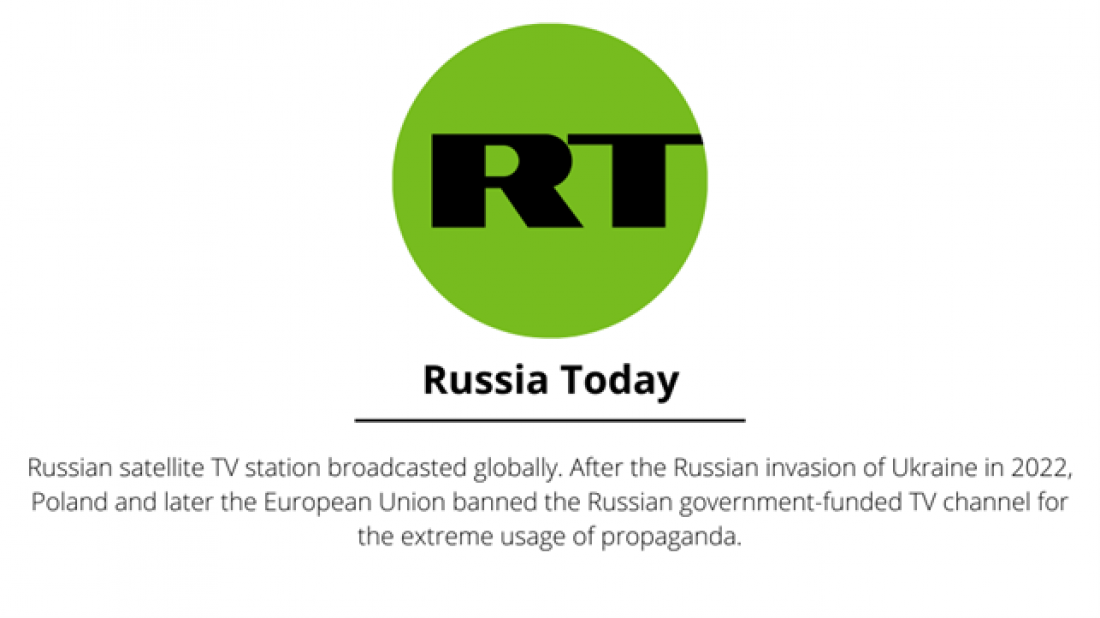 The design of Putin’s propaganda also includes private media owned by Moscow billionaires. One is Konstantin Malofeev, oligarch and financier with a passion for information. Tsagrad is the holding company that gives its name to one of its broadcasters.

The most important website is the multilingual Katehon, that not only helps spreading Putin's propaganda but also the conservative movement of the sovereign far-right throughout Europe. Katehon's collaborators included Marine le Pen, the French leader of the Rassemblement National, a longtime ally of Salvini. Some CasaPound journalists and Alessandro Fiore wrote for the Italian side of the site. Alessandro is the son of Roberto Fiore, historical leader of the Italian far-right. Gianluca Savoini, Salvini's former spokesman, also appeared from time to time on Katehon's web pages. 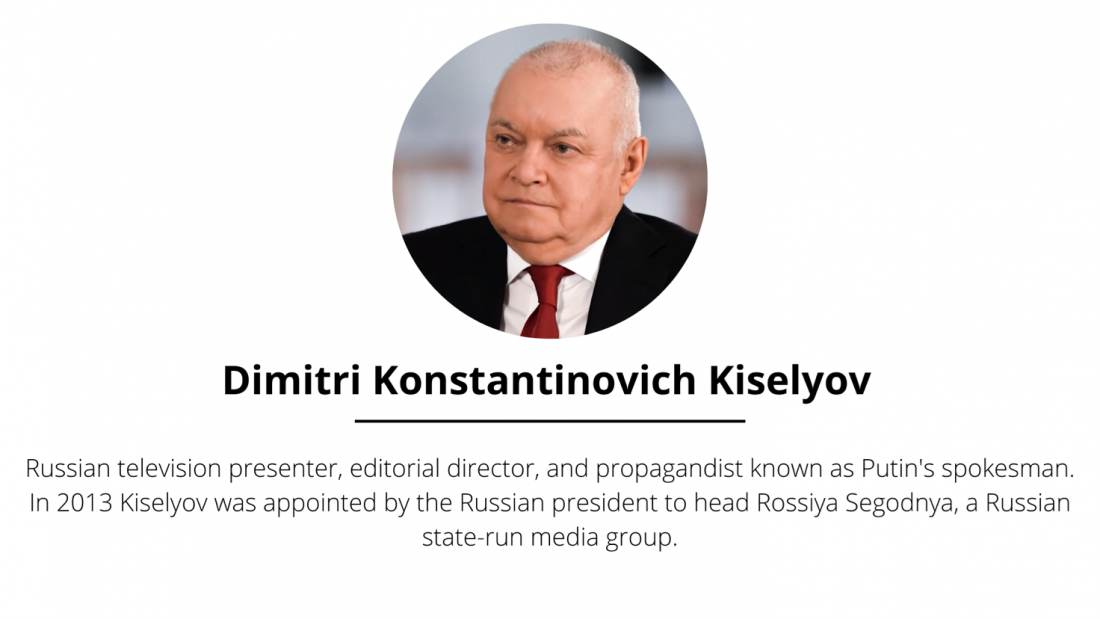 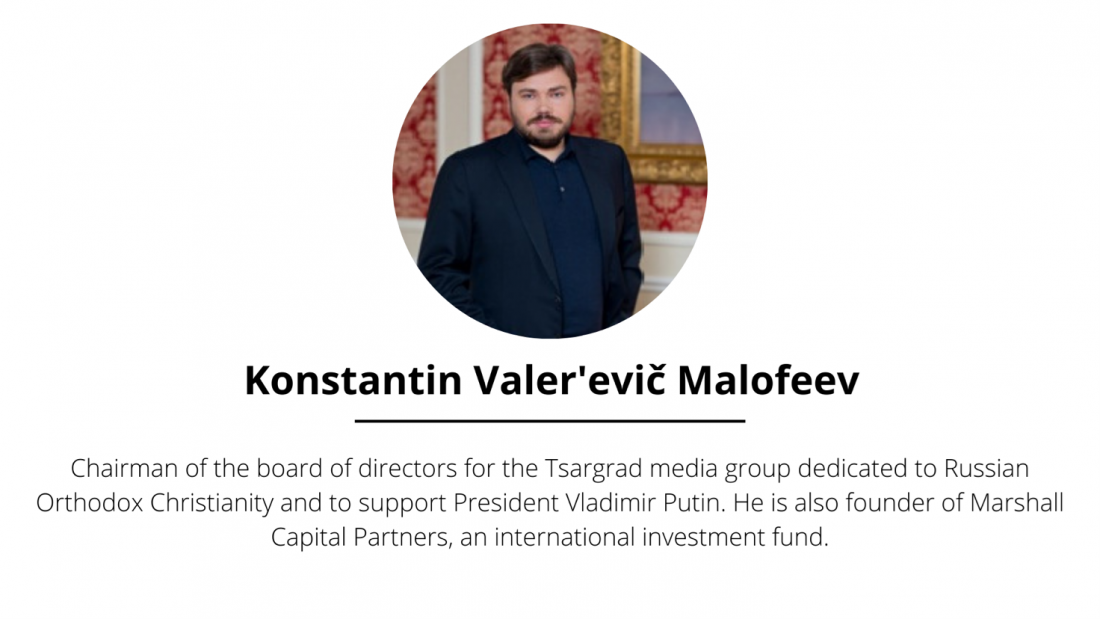 Over the years the Russians have tried to leverage the no-global and anti-American agenda of the far left and the anti-multiculturalism of the far-right. They then targeted every ultra-conservative Christian movement that defended the traditional view of the family. Putin has thus found a foothold to make inroads in Europe, also through an ideology that matches his ambitions to the extremisms of European politics: it is called Eurasianism, and its major ideologist is Aleksandr Dugin.

Russian President Vladimir Putin draws inspiration from Dugin as if he were a Rasputin of the new millennium. His figure is equally disturbing, Dugin is formidably eloquent (he knows and speaks fluently at least seven languages, including Italian), has an encyclopedic knowledge, and harbors a sinister fascination with the mystical and the occult.

According to Western experts, his Eurasianism theories inspired Russia's plan to invade Ukraine. Anton Shekhovtsov said, "Eurasianism is a new form of fascism. Eurasianism is the idea of a conflict with the West aimed not only at ensuring Russia's survival but at making it great again".

Dugin acted not only as a philosopher and ideologist. Today it is possible to reconstruct the web of relations that he wove for years between the Kremlin and influential figures in the West. Dugin himself said that Italy is a fertile ground for his ideology to take root. Perhaps it is because there are political forces in Italy that pursue ideas similar to his. As Giovanni Tizian said, "These are relationships that are based on shared ideals: like the ultra-orthodox Christian fundamentalism of some oligarchs, the defense of the traditional family, and the battles against abortion and against equal rights for same-sex couples." 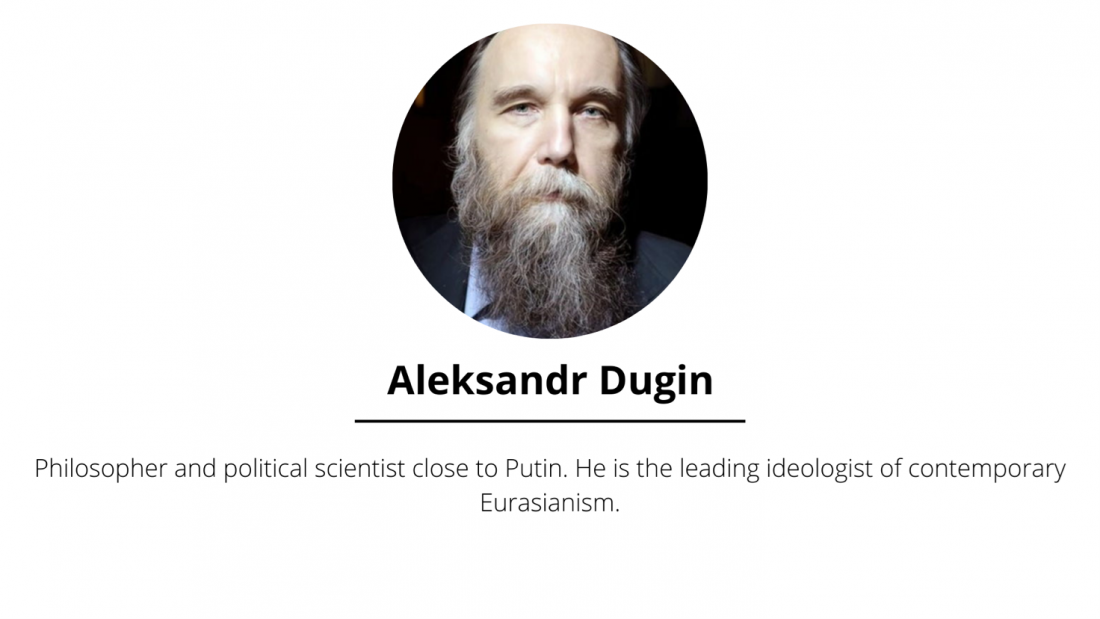 Today Dugin applauds the Kremlin's action and sees the war in Donbas as key pieces of a more complex puzzle. He envisions the colonization of Ukraine and the establishment of a New Soviet Union, called the Eurasian Union extended from Vladivostok to Lisbon, in opposition to the liberal, Western world represented by the EU and the United States. 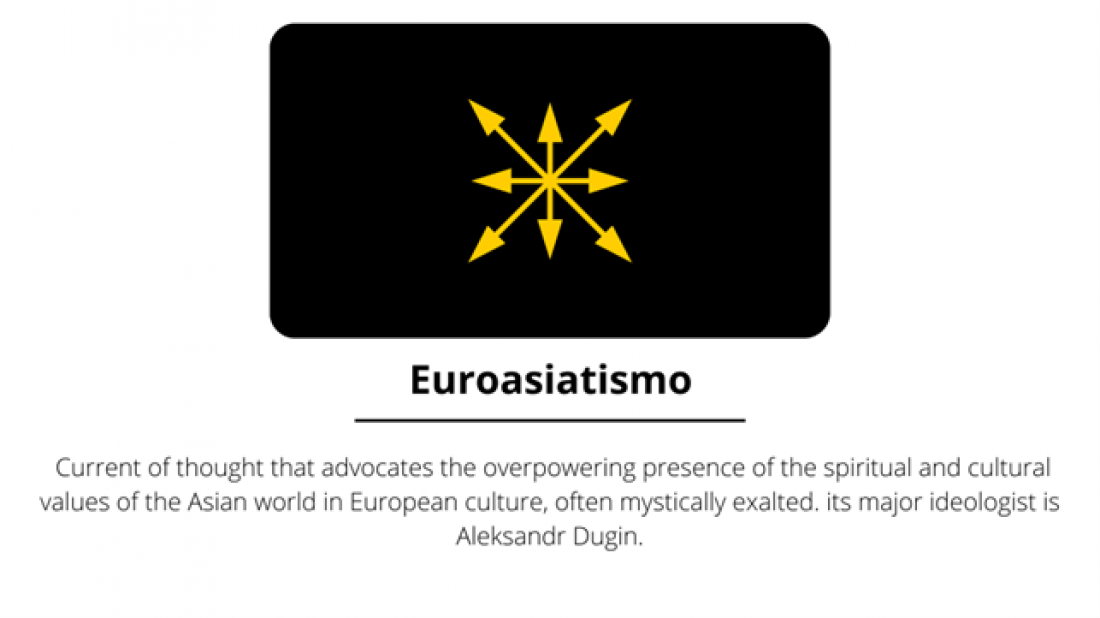 Dugin's relations with the West started in Italy with his meeting with Claudio Mutti in the 1990s. Following the meeting, Mutti's publishing house published Dugin's book in 1991 called Continente Russia and a volume on the globalist conspiracy against Russia. Mutti's publishing house now publishes a journal called Eurasia, a periodical in which Dugin himself writes. 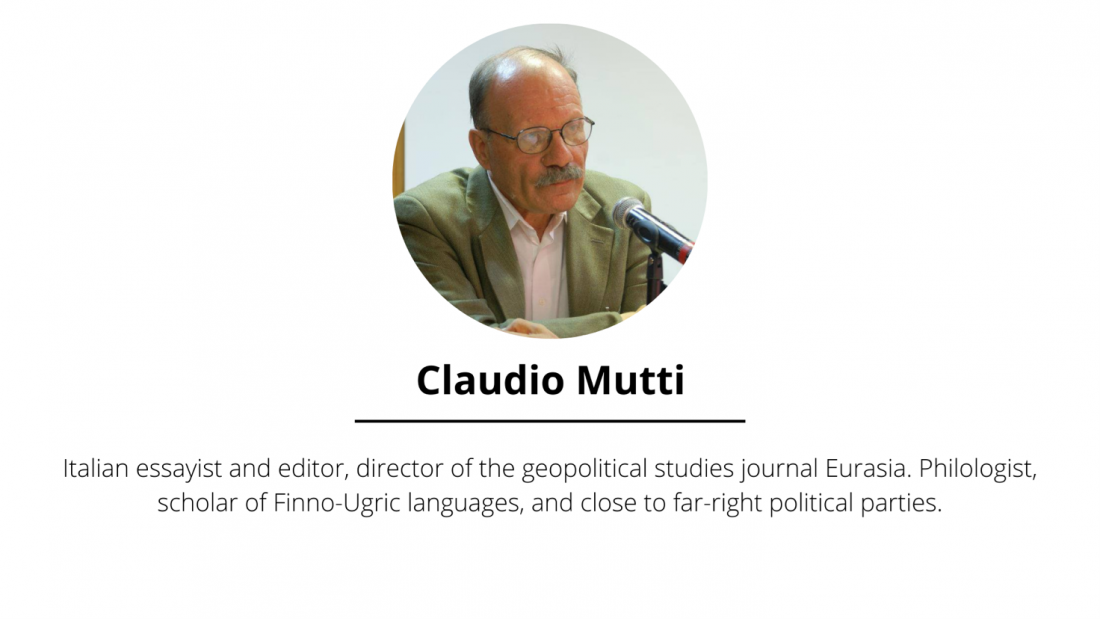 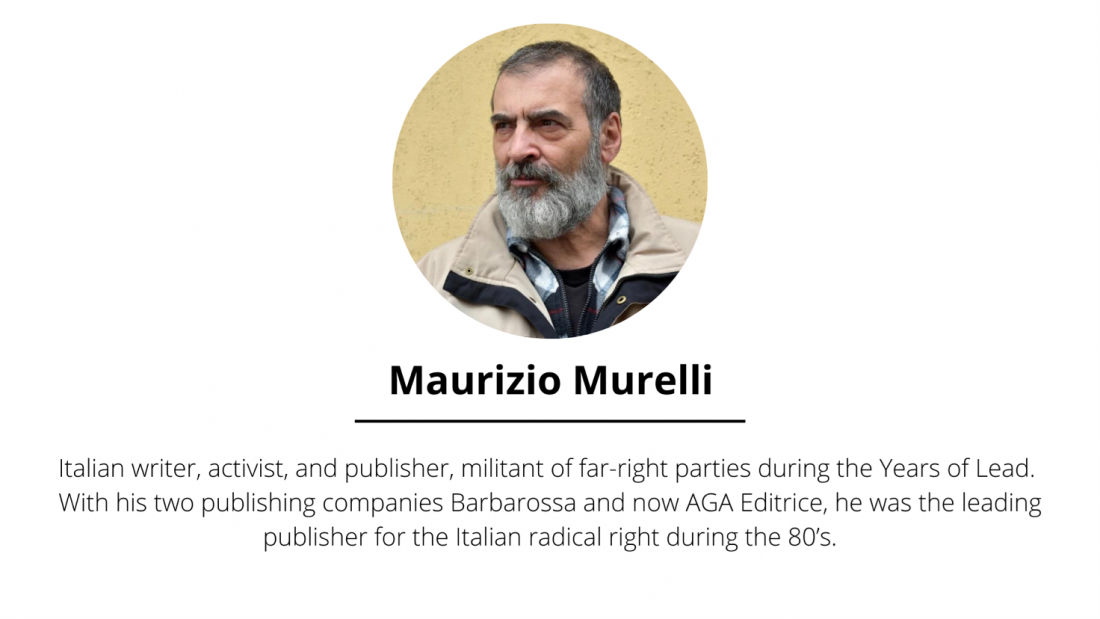 Starting from 2018, Dugin asked to Maurizio Murelli's publishing house AGA Editrice to issue the entire corpus of his works and to organize (in collaboration with Rainaldo Graziani and REuropa) lectures and presentations in Italy. Murelli, who has politically embraced Dugin’s Fourth Political Theory and Eurasianism is invested into their spreading in Italy. As of 2021, he has published ten writings of Dugin’s.

Dugin's Eurasianism is slowly but steadily spreading in Italy. Previously mentioned were the people who adopt, admire, and publish the movement, but mainstream politics seems to be falling under the neo-Nazi philosopher's spell, too.

Over the years Dugin has traveled to Italy to give lectures that he held in excellent Italian, invited most often by Italian Lega politicians. In 2019 a big tour of Italy took him to 11 different cities, including Milan, Rome, and Varese, where he met with Lega Giovani and his friend, philosopher Diego Fusaro. For the Kremlin ideologist, Italy is a testing ground to overturn all of Europe, and therefore he visits it gladly. He sees it as the most fertile landscape to prepare his assault to the old Europe. He has been a big supporter of the Movimento Cinque Stelle and Lega government formula. In October 2018 Dugin had this to say about that government formula, "It is the first case in the history of modern politics of the victory of populists. Salvini and Di Maio are an example of the alliance between left-wing populism and right-wing populism". 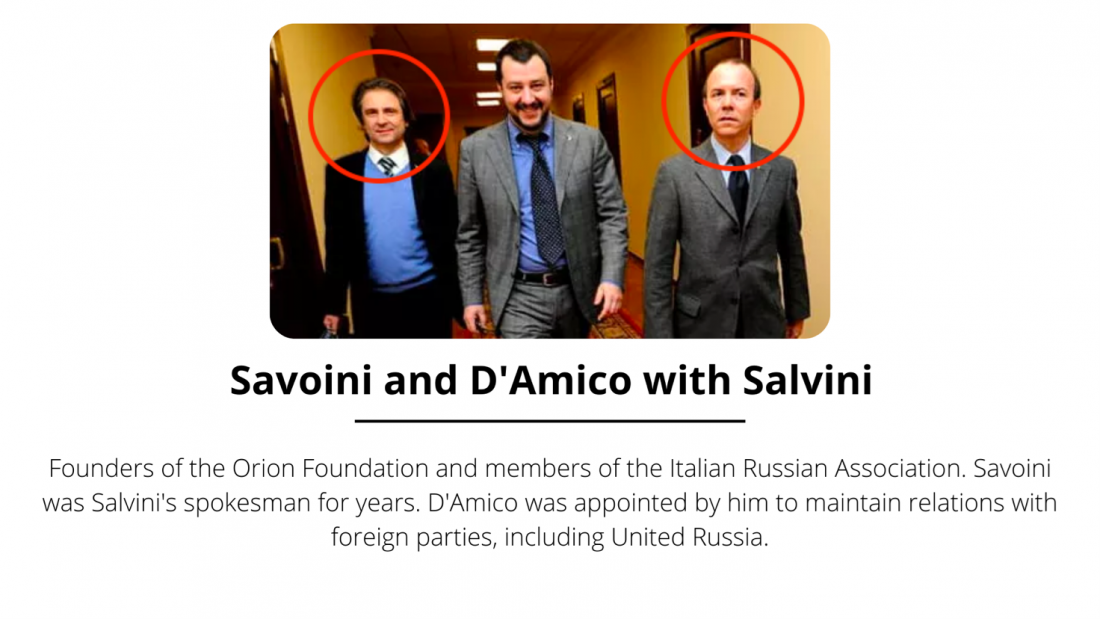 But Dugin did not just pay lip service to Salvini's Lega, he became a true collaborator. In late June of 2018, a few days after a meeting with Ordine Nuovo (a far-right political movement), Aleksandr Dugin was invited to a meeting in Groppello di Gavirate, in the province of Varese held in a restaurant named “Corte dei brut” run by the Arnia Cooperative. There were about a hundred people at the table, and the discussion was animated by Rainaldo Graziani and Maurizio Murelli, his friend and editor in Italy. Among the guests was Gianluca Savoini, Salvini's adviser for ties with Moscow and president of the Lombardy-Russia Association.

The relationship with Savoini is significant, because from that meeting arose the Metropol scandal, documented in a famous investigation by Giovanni Tizian for L'Espresso magazine. The scandal had to do with the illicit attempt to finance Lega through deals with Kremlin men.

Giovanni Tizian in the book "Il Libro nero della Lega” explains, “Some companies are headquartered a few steps away from the Institute of Italian Culture, one of them is very peculiar. It is called Orion and was founded by two prominent Lega politicians on the Russian scene, both members of the Lombardy-Russia Association." The two are Gianluca Savoini and Claudio D'Amico, the former is Dugin's friend and Salvini's spokesman regarding ties with Russia (as previously mentioned), the latter has been a Lega politician since Bossi and was instructed by Salvini to maintain relations with foreign parties.

In 2014, D'Amico was the official director of the meeting between Putin and Salvini, when the leader of Lega had recently become secretary.

Orion, named after the historic neo-fascist monthly magazine by Murelli in the 1980s, was created by the two as a commercial representation of Italian-Russian companies in Moscow but is also responsible for spreading Kremlin propaganda in Italy. After the Metropol scandal and the invasion of Ukraine, both Savoini and D'amico returned to their local politics. Salvini, on the other hand, who has not gone to Moscow since continues to have relations with the Kremlin after 2018 through Russian diplomats and businessmen.

Our latest D-Story
RAIN UPON US
August 30, 2022 | Environment
Avalanche. The shrinking of Italian glaciers
Glaciers’ surfaced decreased of 30% in the last sixty years and by 2040 one of the most important is likely to disappear
August 2, 2022 | Environment
Rush to the white gold
The lithium between modern-day scenarios and future prospectives
June 14, 2022 | Environment
Originals
Close
D-Stories
Stunning data stories from the newsroom
V-Stories
Ambitious visual stories, designed by us
Editor's review
Toughts and words from our chief editor