Does the NBA need a 4-point line? – Visualeyed
D-Stories | Sport

Does the NBA need a 4-point line? 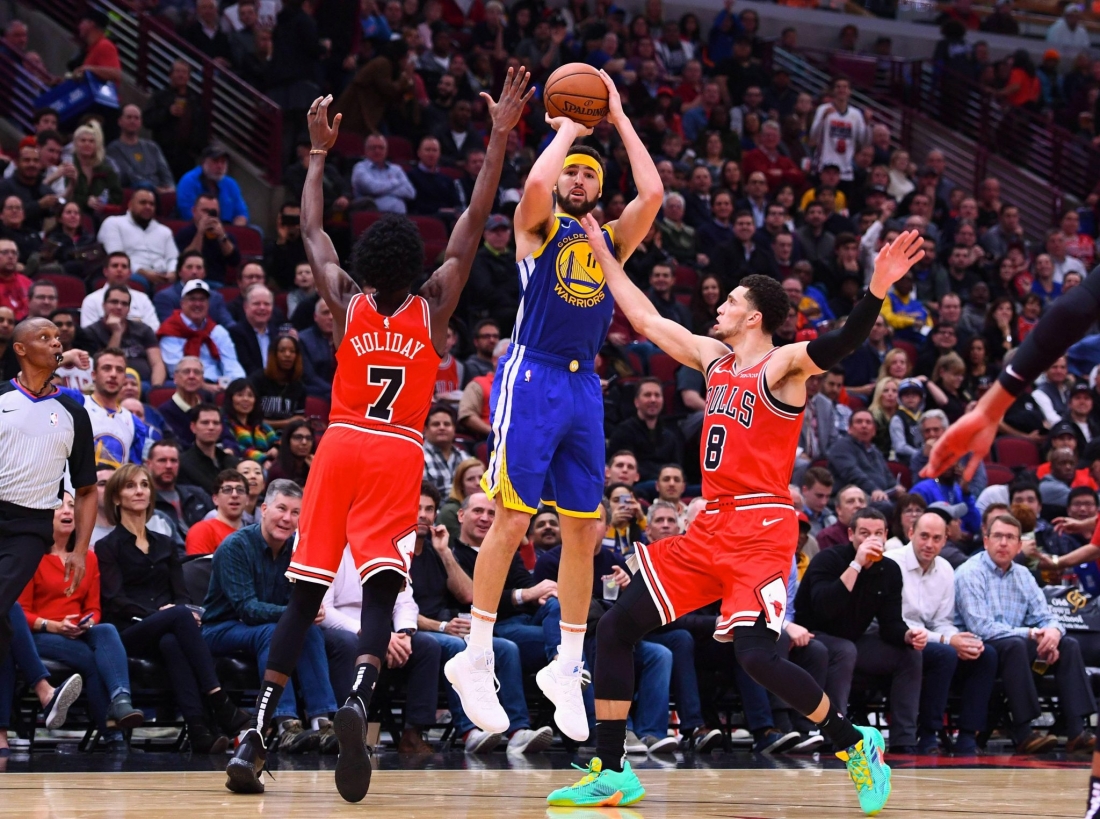 The BIG3 is a 3-on-3 basketball league founded by rapper Ice Cube featuring a handful of prominent retired players from the NBA playing what is called Fireball3, a variant on the classic 3x3 format played in FIBA tournaments. The rules of Fireball3 differ in many things, from the length of the shot clock to the points required to win a game.

One of the new rules involves the creation of what are called four-point zones, on circles 9.1m away from the basket. These zones reward players with a long range with 4 points instead of the classical 3 pointer, letting gunners like Joe Johnson raining 4-point shots all over the half-court.

The BIG3 capitalized on what has been a trend in the latest years of professional basketball: the emergence of long-distance shooting and “logo shooters”. We all have in our minds memorable shots like the one by Stephen Curry or Logo Lillard against the Oklahoma City Thunder: those were not long-distance “prayers” shot out of desperation, but they were made by players who nowadays routinely exercise this kind of shot in practice.

One of the key mantras of what the media described as Moreyball, built on the philosophy of then Houston Rockets’ general manager Daryl Morey, is that 3-pointers are more valuable because they give you an additional point. So why shouldn’t the NBA be thinking about adding a 4-point line to reward the long-distance shooters?

A brief history of the three-point line

The three-point field goal was not invented by the NBA. A three-point line was tested at the collegiate level on various occasions, but it was first established as a rule in the American Basketball League, a short-lived league which played only one full season in 1961–1962.

The three-point line, along with the slam dunk contest and the All Star Game format, was popularized by the American Basketball Association (ABA) and it was instrumental in the rise to fame of a flashier style of offensive play. The three-point line was adopted by the NBA three years after the NBA-ABA merger, and since then it has seen a steady rise, both in three-point field goals made and attempted.

The move was made to address the decrease in scoring that plagued the league for years, with a more physical style of play based on hard fouls and hand-checking.

"Scoring in this league has gone down for something like 10 straight years. Teams are not taking as many shots. They're holding the ball more. If you have a sport, you like to have some action. You don't want it to become a grappling match." — Rod Thorn, the NBA's vice president for operations

Apart from individual players boosting career highs in 3-point field goals attempted and 3P%, scoring continued to drop even with the shortened line, as the most efficient and well-coached teams didn’t incorporate 3-point shooting in their offense. 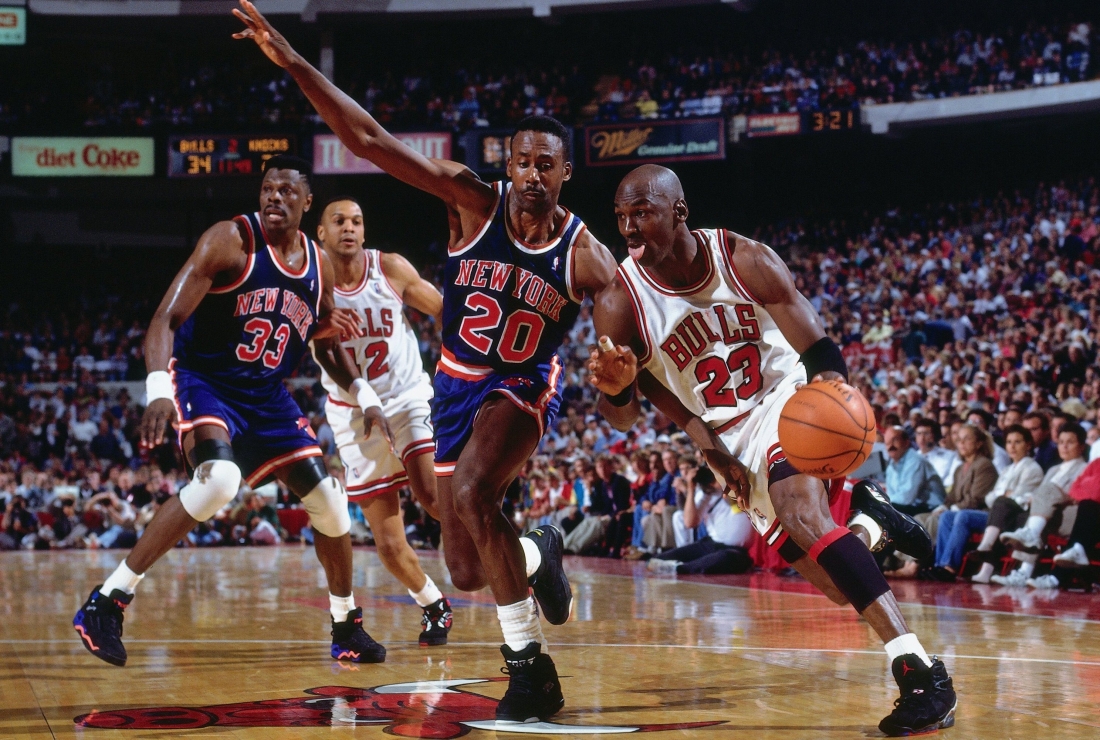 But coaches soon learned how to leverage offense using the 3-point line, thanks to a new set of rules that opened the floor and enabled an offensive revolution, like the elimination of the illegal defense and the ban on hand-checking. These rules gradually shifted the power balance from the bruising bigs to the quick guards, with teams like the 7 seconds or less Phoenix Suns paving the way to modern NBA offense emphasizing movement and shooting.

Three-point field goal percentage has also gone up through the years: overall the league is now shooting better in the highest number of attempts per game ever. The emergence of key concepts like the stretch 5 and the 3-and-D highlights the importance of three-point shooting in a modern basketball offense.

Stats about shot location on the field from nba.com, albeit only available from the 1996-97 season, backs up this claim. From the data, we can see a slow but steady increase of shots coming from the 25-29 ft from the hoop range (remember that the three-point line is set at 23 ft 9 in on the top of the key and 22 ft in the corners).

Starting from the last six seasons we can see a progressive decrease of midrange shots from the 15-19 ft: offense around the league are more and more tilting to close-range shots (layups, runners) and three pointers, eliminating the long twos from their offensive ecosystem.

From this data you are able to select different teams to see how each team evolved differently through the years. The gap between three pointers and the midrange is wider on teams like the Houston Rockets and the Golden State Warriors, where 3-point shooting plays a huge part in their offense.

But if we dig deeper into the data we are able to see a trend in the long-distance 3-point shots. ESPN's Kirk Goldsberry reports how deep 3-pointers are taking over the NBA, with players and teams adding distance to space the floor even better than with the regular 3-point arc. The numbers are staggering: better shooters come with better training.

"Go to an NBA game in 2019 and you're more than twice as likely to see a 27-foot jumper than a 16-footer. In 2013-14, those numbers were complete opposites: Midrangers were more than twice as popular as deep balls. When Curry hit that shot in OKC back in 2016, NBA shooters averaged 3.2 deep 3s per game, per NBA tracking data. Four seasons later, the tactic has increased by 275% -- all the way up to 8.8 shots per contest league-wide." — Kirk Goldsberry

More and more teams are starting to put markers on the gym's floor where they practice, to further emphasize spacing. More space at the top creates space in the paint for big men to roam, set screens and receive assists. Coaches are very keen on using visual marks to encourage players to understand the concept. Could this markings translate to the NBA rulebook one day?

With the expanding range of some players, it could be. A report from 2014 indicated that the NBA already had an informal discussion over the 4-point line, but some vocal voices like Gregg Popovich, who has expressed disdain for the long-range jumper labelling it as a circus sort of thing. will probably not be very keen on accepting a 4-point line with the risk of being a gimmicky feature. 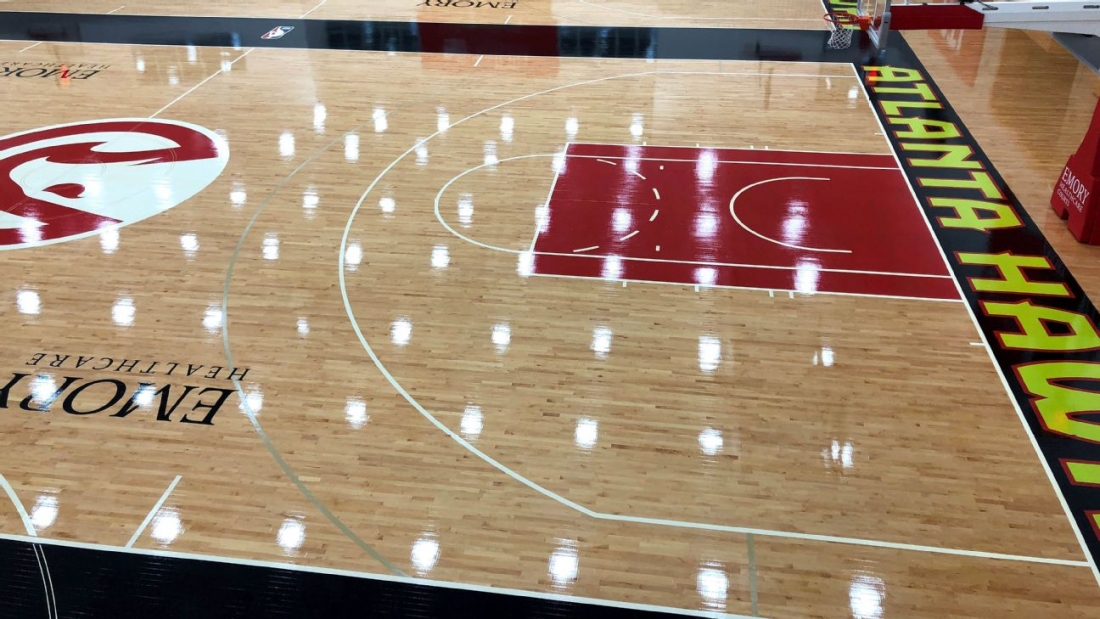