The best free-throw shooter in basketball? 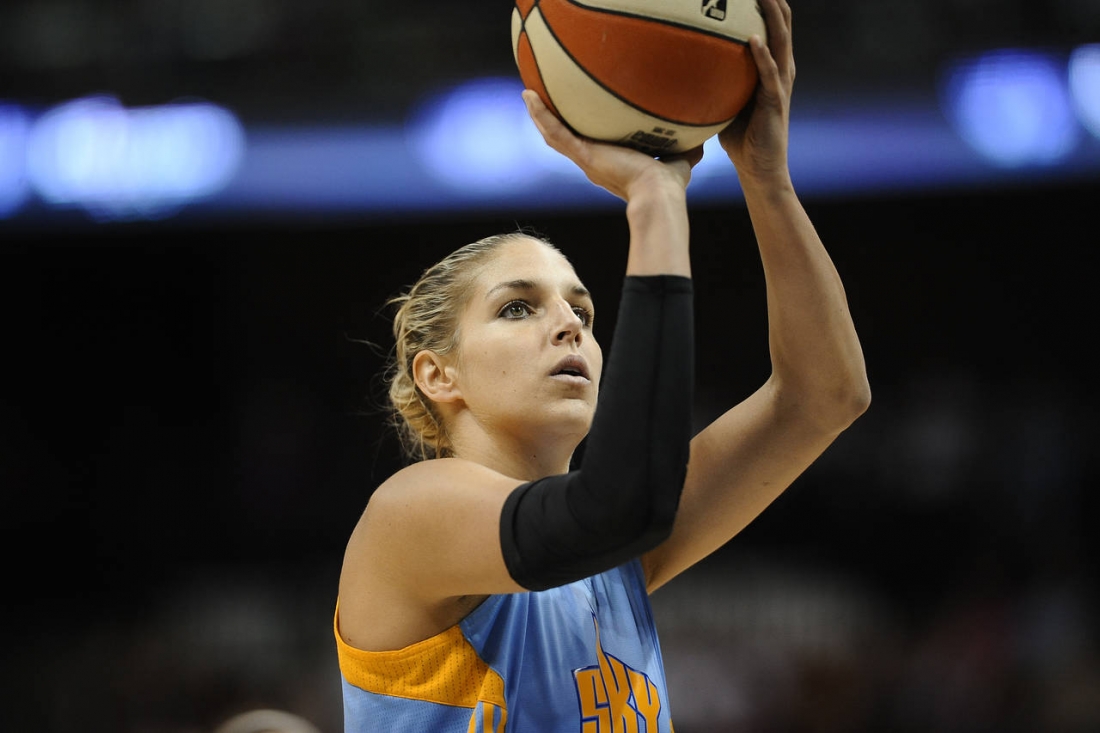 As Elena Delle Donne finished her trip to the free-throw line against her former team during the final game of the 2019 WNBA season, she had made her six free-throws of the night, capping a year where she went 114 out of 117 from the line, for a season’s free-throw shooting percentage (FT%) of 97.4%.

In the WNBA, the premiere women basketball league in the United States, no one is close to Elena delle Donne’s achievement:

The WNBA plays a limited number of games (34) compared to the NBA regular season (82), so they can’t be compared in terms of volume. Elena Delle Donne is closer to the minimum requirement of 1200 FT made to be able to “virtually“ qualify in the NBA record book. Delle Donne shot a total of 1006 free-throws during her seven seasons (190 games) in the WNBA, connecting on 944 of them. For comparison Stephen Curry, as of February the 12th, made 2700 out of 2977 free throws

Despite this huge difference in numbers, few women are able to match Delle Donne’s free-throws percentage: she led both the NBA and the WNBA in career free-throw percentage, and despite the WNBA’s ball being smaller — 28.5 inches (72.4 cm) in circumference, which is one inch (2.54 cm) smaller than the NBA ball — no woman is near her percentage, especially if we account a minimum of 1000 FT made.

If we compare Elena Delle Donne with other leagues we can find only one other outlier: Nando De Colo is a French basketball player who is currently with Fenerbahce Istanbul, one of the top teams competing in the Euroleague. Through 211 games played with Valencia, CSKA Moscow and Fenerbahce, De Colo attempted 884 free-throws and made 832 of them for a FT% of 94.12%. De Colo shot “only” 83.5% from the free-throw line during his brief two-season stint in the NBA.

Another player with similar numbers through international leagues is Jimmer Fredette, playing for the Shangai Sharks in the Chinese Basketball Association (CBA). In four seasons Fredette is shooting 93.2% from the free-throw line (1092 out of 1169), a very high mark but far-distant from his career NBA FT% of 87.9%, a huge difference probably based on the general inferior level of the CBA.

During the 2019 WNBA season Elena Delle Donne become the first WNBA player to have a coveted 50/40/90 season, shooting at least 50 percent from the field, 40 percent from three-point range and 90 percent from the free-throw line, en route to a MVP season and WNBA title with the Washington Mystics. She sat out the 2020 season played in the Bradenton Bubble, missing the chance to improve her stellar free-throw accuracy.

The first thing Delle Donne does when shooting a free throw is look for the dot—sometimes it’s a nail—that marks the middle of the free-throw line. She lines up her right foot with the dot. After she bounces the ball three times, she places her index finger on the ball’s air pinhole. She bends her knees slightly and makes an L-shape with her shooting arm. — Wall Street Journal