When the meat is weak

Intensive farming plays a significant role in the diffusion of new zoonotic diseases and, according to recent news, it could represent a problem in the near future.

A few days ago, the presence of the virus of avian flu was detected in human beings for the first time in a poultry farm in the south of Russia.

The Russian scientists of the 'Vektor' Centre confirmed the transmission of the H5N8 strain of avian flu to man. They found it in seven employees of the above-mentioned poultry farm, where hotspots among the birds’ population had already been registered in December 2020.

Local authorities immediately implemented measures to protect people and animals, and according to Anna Popova – head of the Russian Federal Service for Surveillance on Consumer Rights Protection and Human Wellbeing, Rospotrebnadzor – people “are well and only show mild symptoms”.

The federal agency assured that there has been no man-to-man transmission so far, but it has also warned that the virus could “learn” how to do it following an eventual mutation. 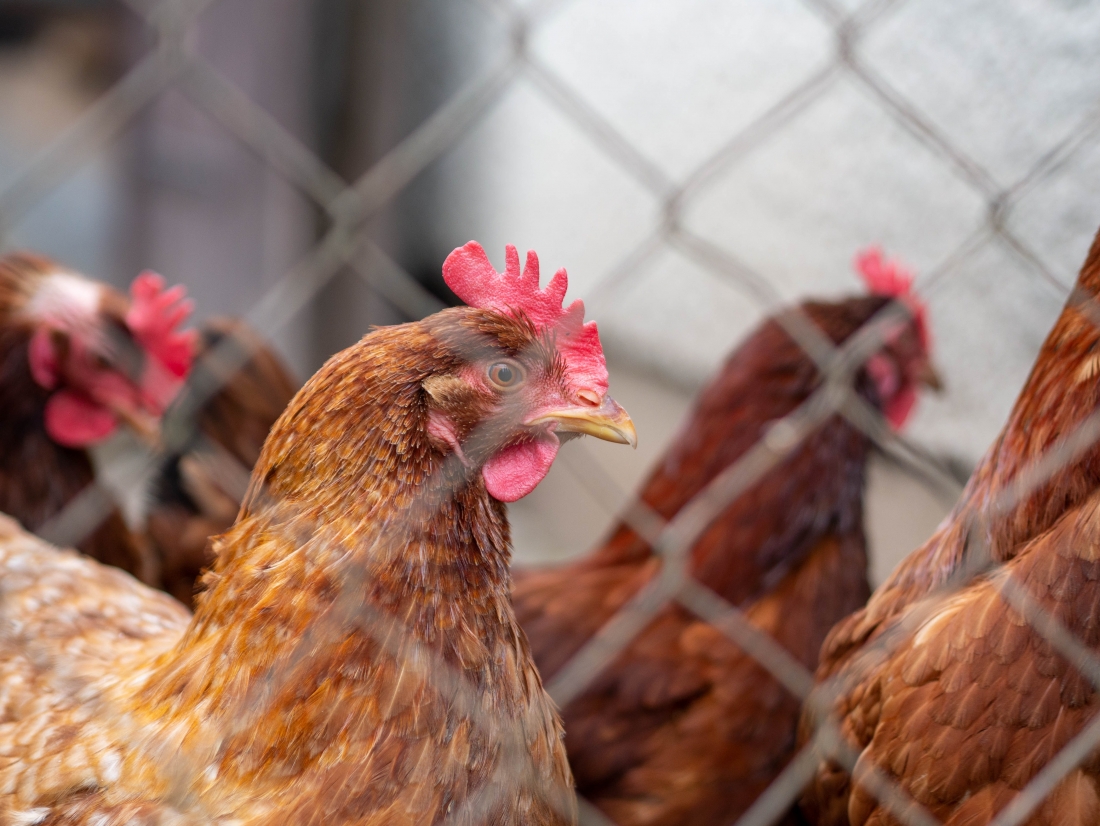 Aside from scaremongering that could derive from it (given the historical moment), the news drew back the attention to the theme of intensive farming and to the dangers for public health connected with it.

In the last report on Covid-19 “Preventing the next pandemic. Zoonotic diseases and how to break the chain of transmission” of the UN Environment Programme (Unep), the growing demand for animal proteins and the unsustainable intensification of farming are indicated as the first two risk factors for the diffusion of zoonotic diseases – that is, every infective disease that can be transmitted from animals to man. In the last months, several warnings about hotspots of viruses (limited to animals, at least before the Russian news) in intensive farming have represented a further confirmation of the reality of this risk.

In particular, the H5N8 strain of avian flu has now been found in various areas of Europe and it was first detected in a farm in France at the beginning of December 2020; to contain the threat, authorities were obliged to kill more than 400 thousand ducks. In recent times, the African swine fever had raised concerns to the point that 200 million animals died, had to be killed or slaughtered beforehand. In the Netherlands too a new zoonotic disease that can infect man has emerged: ten years after an epidemic of Q fever, worrying cases of pneumonia were linked to goat farming.

In an article published in 2018, the epidemiologist Marius Gilbert and his team analysed the so-called historical “conversion events”, that is when a strain of avian flu in a low pathogenic form can become much more dangerous: it happened precisely in poultry farming for the most part.

Moreover, Rob Wallace was already talking of a possible correlation between diseases and intensive farming in 2016 in his book “Big farms make big flu”.

In the volume, the biologist traced a connection between models of capitalist production of poultry and the etiology of the epidemics of the last decades. According to him, the causes lie in the overpopulation of breeding farms and in the genetic proximity of the specimens, selected over decades to obtain suitable traits such as lean meat. A virus introduced in such a population can act undisturbed, without any resistance from genetic variants that could avoid its diffusion. Its virulence can also gain strength, as both laboratory experiments and observations of reality have demonstrated.

It’s not easy to count them, but according to estimates 70 billion animals are bred every year; almost nine per person. Most of this population does breed through intensive farming, where, together with the above-mentioned overpopulation and poor genetic difference among specimens, also the increasingly alarming resistance to antibiotics facilitates the diffusion of pathogen agents.

Eliminating the infected cattle, however, only looks like a palliative action. According to several studies on the theme and to the examples discussed here, the underlying problem is the way in which meat is produced because of the high demand.

To prevent or at least slow down the emergence of new zoonoses we must better regulate markets, but we must also go beyond this: we must reflect on what we eat and how it is produced at a global level.

According to Wallace, the current pandemic is an opportunity to analyse our life-style and to impose higher standards of ecological, social, and epidemiologic sustainability in the agro-industrial sector, even if this means higher costs for most products: if a chicken or a steak costs thousands of human lives, it still isn’t cheap.